In the video choreography Fuga, seven people look straight at the viewer; four women, three men, of different ages. Alternately, in surrender, they fall straight ahead and rise again. Sometimes synchronously, sometimes alone. The title of this life-size work refers to the musical form fugue, characterized by polyphony and repetitions. Bach used a seven-part fugue in his Mass, in which resurrection is an important theme. In psychology, fugue has the meaning of suddenly disappearing. There is a reassurance in the realization of a continuous cycle of disappearing and returning. This eternal return is an important theme in Nietzsche’s work. The common thread in his theories is that all events in the world are part of an eternal series of cycles, that everything repeats. For Van Geffen this work is a reflection on the collective sense of vulnerability and resilience of the past two years.

Each performer has their own fall sequence, individually filmed on 16mm film (in vertical position), the 7 separate films are then composed into one film.

review Parool: (…) Breathtaking. And an almost hallucinatory experience that also brings a lot of peace. (…) But even without the thought of the life cycle it is a beautiful work of art. Which you can also just look at and just let your own thoughts loose.

Thanks to: Nathalie Smoor and Elmer Leupen 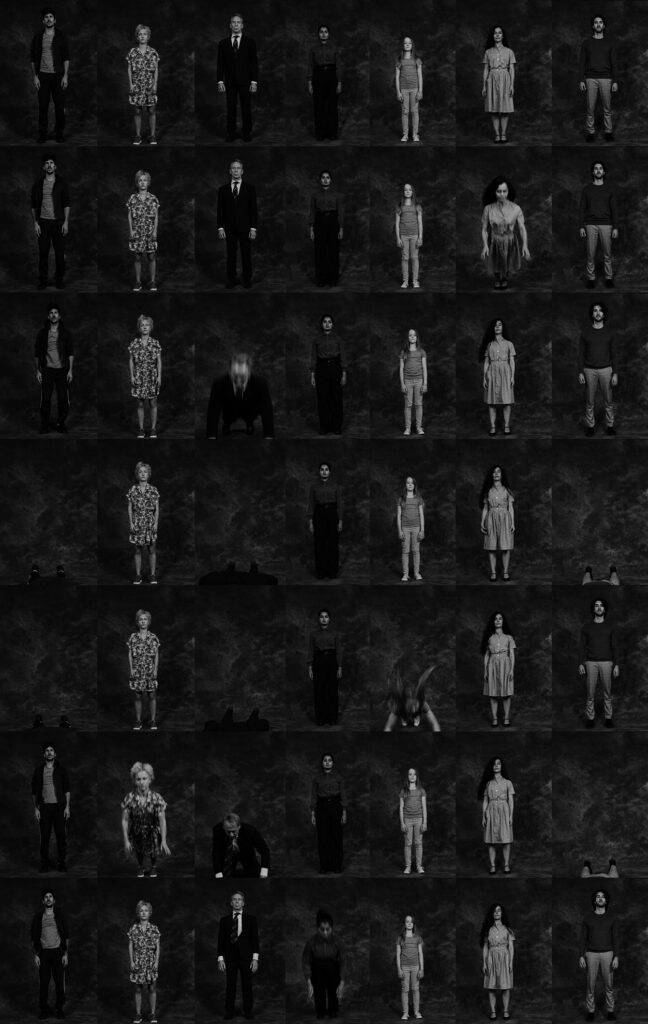